Micah Hanks is a writer, podcaster, researcher and speaker whose interests cover a variety of subjects, including history, archaeology, science, and the future of humankind.

A longtime researcher and proponent of the scientific study of unidentified aerial phenomena, or UFOs, Micah has authored a number of books and has contributed many essays, articles and blogs to various publications. Along with his podcasts, he has also worked as a narrator, lending his voice to several audiobooks, radio programs, and other recorded projects over the years. With more than a decade in podcasting, travel, writing and research, and the study of history and science, Micah Hanks has more than just a passion for knowledge. His study of world history, culture and philosophy over the years have helped shape his nonpartisan outlook on current events, and always with a nod to the lessons history can teach us. Be sure to visit Micah’s blog for more of his writing, research and ideas.

Micah is a longtime advocate for scientific research into unidentified aerial phenomena (UAP), more commonly known as “UFOs.” He is an affiliate member of the Scientific Coalition for UAP Studies (SCU), as well as a frequent commentator and writer on the subject, and maintains an interest in the history, and possible scientific  explanations for aspects of the phenomenon. You can learn about some of Micah’s UAP research here and here. Micah’s other interests include space studies, zoological mysteries and unusual phenomena in nature. A “hopeful skeptic,” he advocates a critically-minded approach to the study of these subjects.

After several years as a producer for iHeart Media (formerly Clear Channel Radio), Micah began podcasting in 2011. From the former ATF agent who became the whistle blower that brought attention to the “Operation Fast and Furious” scandal, to a psychologist who once consulted former Beatle John Lennon, Micah has interviewed a number of experts over the years in the fields of science, technology, philosophy, history, archaeology, and other disciplines. You can find where to listen to all of Micah’s podcasts here.

In 2016, Hanks began working closely with the archaeological community in the Southeastern United States, in an effort to understand relationships between early North Americans and their environment at the end of the last ice age. In 2018, he produced a short documentary on the controversial Topper archaeological site in Allendale County, South Carolina, which can be seen here.

Micah is a frequent guest on podcasts and radio programs, and has been interviewed by Vice, CNN Radio, Coast to Coast AM, Mysterious Universe, Hot Air, and a number of other outlets. He has also lectured in America and Europe on a variety of subjects that include archaeology, unidentified flying objects, and historical mysteries. If you would like to contact Micah, schedule him as a guest on your podcast, or are interested in having Micah talk at your conference or event, please see our “Contact” page

“Whether it’s a solo effort, a dialogue, or a team discussion, the conversation lead by Hanks is always pertinent to present issues, often interspersed with insights not readily available elsewhere, and demonstrates remarkable preparation.” -The Anomalist

Micah has been producing podcasts since 2010, after several years working in radio. His “flagship” is The Micah Hanks Program, a podcast which focuses on science and the mysteries of our universe (formerly known as The Gralien Report Podcast). He also hosts the popular current events podcast Middle Theory, and is co-host of The Seven Ages Audio Journal, a podcast devoted to the study of archaeology and ancient history.

On his podcasts, Micah provides an independent perspective on what’s happening in the world, and always with a nod to the lessons history can teach us. Addressing news and current events, science, history, politics, and a host of other areas, his shows aim to create images in the mind, and colors in the listener’s ear while diving into the issues of today. Hanks takes an approach that is skeptical−and highly caffeinated−asking hard questions and addressing viewpoints that some listeners will disagree with, but with the aim of causing them to think critically and challenge their own ideas and ideologies. Micah’s podcasts can be found via the links below. Subscribe on Apple Podcasts, or with your favorite podcasting apps: 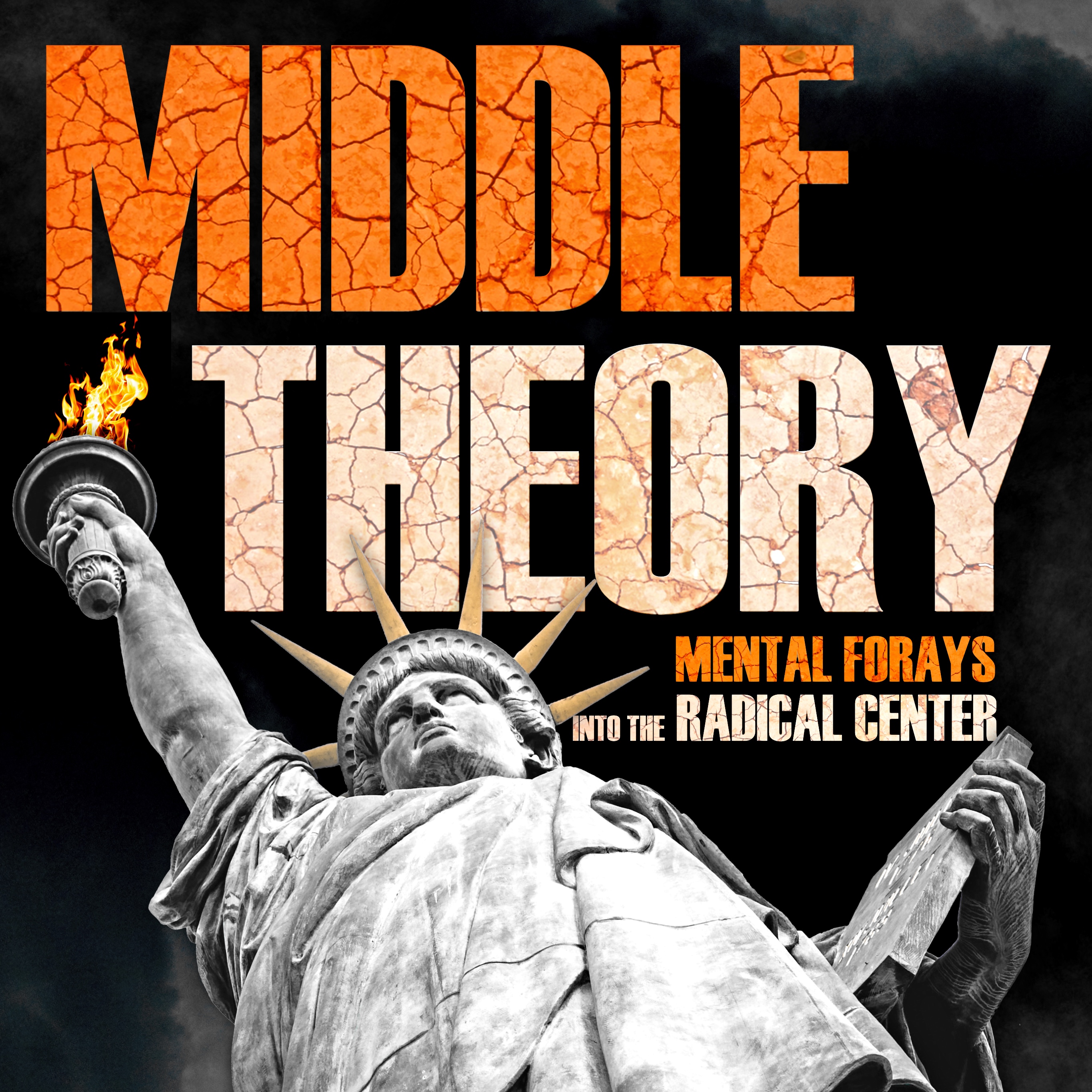 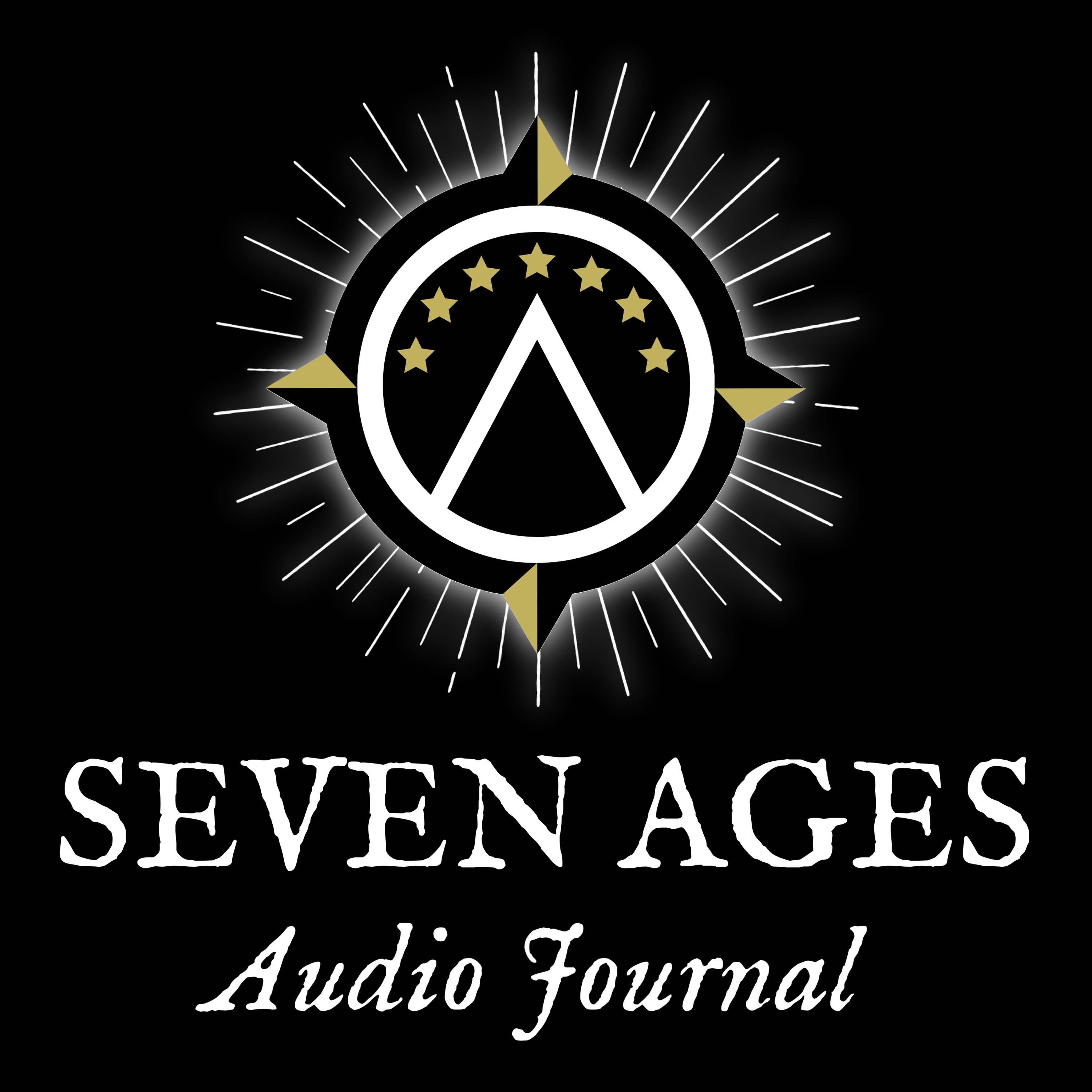 In addition to having been a podcaster for nearly a decade, Micah’s instructional guide The Complete Guide to Maverick Podcasting unravels the mystery behind what he calls “the art of the podcast.” In it, he offers unique perspectives on how to get started if you’re brand new to podcasting, as well as fresh ideas for more experienced podcasters looking for new ways to approach their craft.

The Complete Guide to Maverick Podcasting explores the different kinds of equipment involved, looks at how podcasts can be used as a promotional or monetary endeavor, and how podcasting can be used to engage like-minded thinkers, help launch a new business, or even promote an existing one. You can learn more at the guide’s official website, or on Micah’s bookstore page.

Micah is also co-founder of the Seven Ages Research Associates, a team of independent scholars whose focus includes the study of archaeology, ancient history, geology, and other disciplines. The team works to provide educational material on historical subjects, in addition to working to unify the collective goals of professional archaeologists with the work of amateurs, enthusiasts, and collectors.

Joining Micah, the team consists of Jason Pentrail, an environmental scientist with a passion and extensive knowledge of southeastern archaeology, and James Waldo, a professional geologist with the Army Corps of Engineers. You can follow the Seven Ages team and their work at their website, SevenAges.org.

It is our goal to study and interpret the past, and to help provide educational resources through working closely with academic institutions, as well as dedicated amateurs. Along with our fascination with mysteries of the ancient past, the team also aspires to help “bridge the gap” between the work of private and professional groups, providing media, information, and resources to other researchers. Along with his podcasts, Micah frequently performs as a singer and guitarist. He and his band have performed at a number of festivals and events, along with providing live music for acts that include George Noory of the popular late-night radio show Coast to Coast AM. Micah also regularly performs throughout the Southeastern United States with the acoustic group Nitrograss. You can learn more about Micah’s music and performances at his music page.